John Breslin, Breakfast Show host and Hazel Russell, Financial Controller of Highland Radio presenting Elizabeth Tinney, Newtowncunningham with her  cheque for €5,400 which she won on the Jackpot for Rehab Radio Bingo on Tuesday 23rd April.   The Jackpot now starts again at €3,000 and increases by €300 weekly.   Elizabeth bought her book at Callaghans Electrical, Burt. 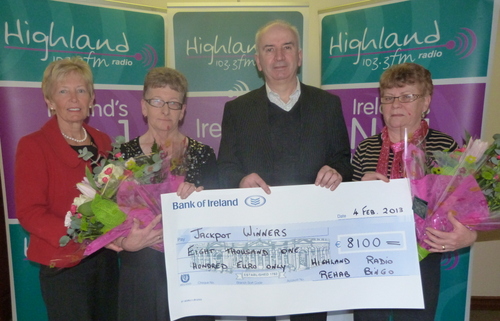 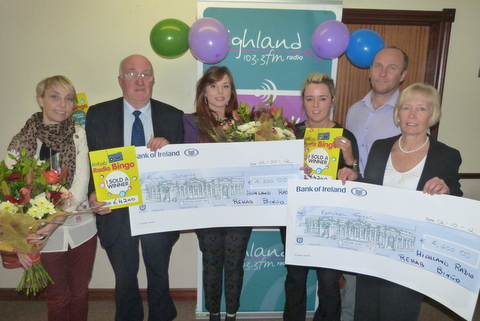