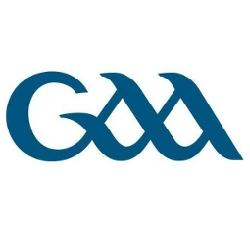 Following confirmation that Donegal GAA will oppose proposed changes to the structure of the football championships at tomorrow's special congress, the County Board has released the text of a letter sent to all clubs outlining the reasons for the decision -

"Last evening, Thursday October 21st was the first opportunity for Coiste Bainistiochta to discuss the motions on the Clár of the Special Congress tomorrow Saturday. Our meeting could only be arranged after a briefing of County Treasurers at a National County Treasurers online meeting on the financial implications of the proposed motions on Thursday last October 14th, the County Chairpersons and Central Council Delegates were invited to a similar online briefing on Monday this week (October 18th) and this was followed by an in-person meeting of the Ulster County Chairpersons, County Secretaries and Central Council Delegates on Tuesday (October 19th) in the Armagh City Hotel.

The former President John Horan suggested at the end of Monday's online briefing that Croke Park may well withdraw Motion 18 (Proposal A) on the day of Special Congress. He asked for the delegates to consider accepting Motion 19 (Proposal B) in its current format for a 2-year trial period in 2023 & 2024 and allow 'tweaks' between Special Congress on Saturday and Congress 2022 next February. This has not been accepted by our delegates as a way forward or indeed was not acceptable to any of the other 8 x counties of Ulster at Tuesday's meeting. This creates an unclear Clár going into Special Congress which has not been helpful in the past few days.

The County Executive committee fully recognise and accept that change to the championship structures is required but are overwhelmingly agreed that neither Proposal A or Proposal B will deliver a fair and equitable change for all counties plus London and New York. We also cannot support any notion of amendments or tweaks being made to either proposal either on Saturday or subsequent to either of them being passed with a 60% majority.

It is the firm position of Coiste Bainistiochta Dhun na nGall that updated and fresh proposals should be on the Clár of Congress 2022 in February that will deliver the championship structure that all counties desire and that will serve the Association well for many years into the future".