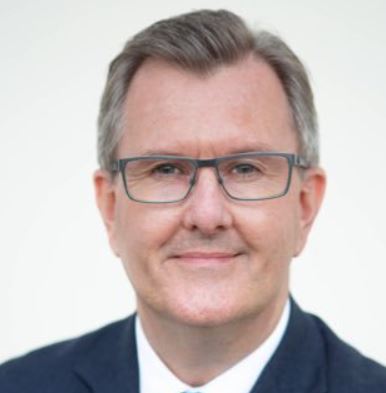 The DUP leader has said President Michael D Higgins and other political leaders missed an opportunity by not attending a service marking 100 years since the partition of Ireland.

Church and political leaders gathered in Armagh this morning for the centenary event.

British Prime Minister Boris Johnson went in the absence of Queen Elizabeth II who was advised not to travel on health grounds.

President Michael D Higgins refused an invitation saying the title of the event was politicised - also Sinn Féin was the only party in the Northern Assembly not to send a delegate to attend.

DUP leader Jeffrey Donaldson says that it was an unfortunate decision for those who chose not to attend: