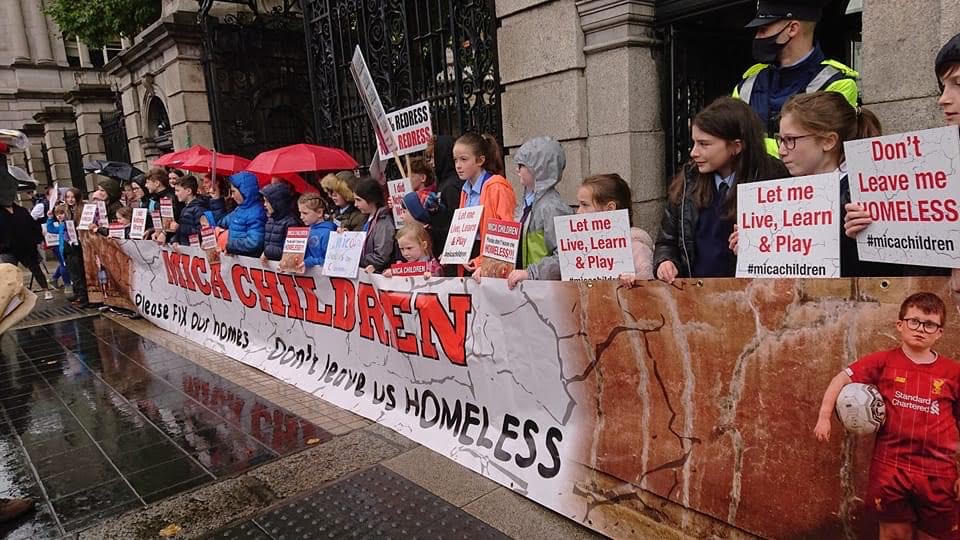 A Donegal Minister has defended the Taoiseach over not meeting with children at yesterday's Mica protest in the Capital.

Over 50 children from Donegal spent much of the afternoon protesting at the gates of Leinster House.

Some Government Ministers and TDs came out to speak to them and collected the letters the children penned calling for a 100% mica redress scheme.

In the Dail yesterday, Michael Martin said he was not invited to meet with the protesters yet campaigners say that they did their best to contact him via email and phone.