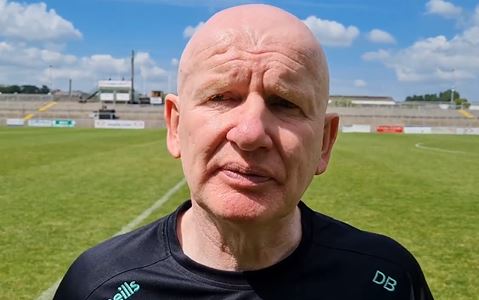 Stephen Rochford will remain as coach to the Donegal Senior Footballers next year.

The Mayo native who has been with the county set up for the last three years has committed to 2022 with the senior set up now almost complete.

Declan Bonner had previously stated there would be very little change to the backroom team for the coming year but assistant manager Paul McGonagle will not be there having decided to step away.

The Donegal Manager told Oisin Kelly that it was important to have Stephen Rochford on board again.

Declan also gave his views on this weekend’s Donegal Senior Championships semi finals and expressed his concern for the Ulster Championship if congress votes in favour of Proposal B.