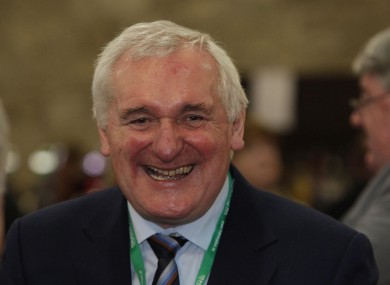 The UK/EU row over the Northern Ireland protocol is unlikely to be resolved this year, according to a former Taoiseach.

Britain's Brexit minister David Frost will set out exactly what he wants to see changed this afternoon, with the latest EU proposals to be published tomorrow.

Further negotiations are expected in the coming weeks, amid talk of a potential trade war if agreement isn't reached.

Bertie Ahern believes if things stay as they are, a trade war is likely next year...........