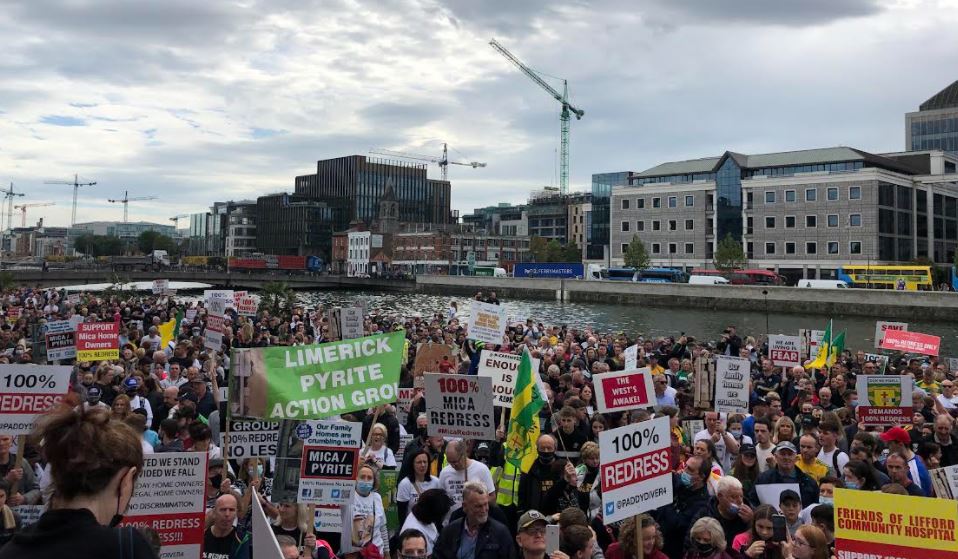 A Donegal Mica affected homeowner says her family's lives have changed utterly as a result of the crisis.

The Government is due to make a final decision on a redress scheme in the coming weeks, but so far has resisted fully covering homeowners rebuild costs.

Speaking from the protest yesterday, Mary McLaughlin says it's terrible that they had to resort to protesting yet again.

Ms McLaughlin says her family should be mortgage free in five years' time but that's clearly not going to happen: