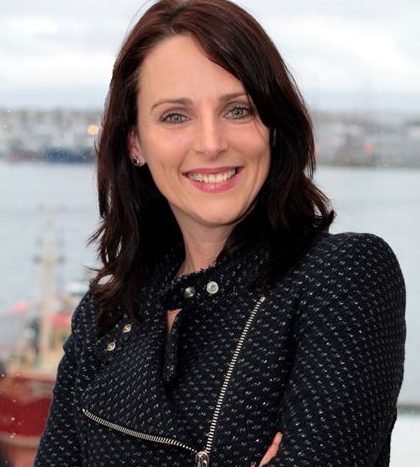 Donegal County Council has been told that new by-laws governing casual trading are needed to address the growth in roadside coffee pods and gourmet food outlets.

Cllr Niamh Kennedy moved a motion this week, urging the council to investigate the potential of designated trading areas where there has been increased activity in trading, and to do so in a way that's fair to casual traders and also the established businesses in the area.

Officials have been carrying out preliminary consultation on this issue, and plans to have draft By-Laws ready for public consultation during 2022.

Cllr Kennedy says there is potential for positive growth if the council gets this right................

The ongoing review of the Casual Trading Bye-laws will seek to maximise the potential to designate
appropriately located casual trading areas as possible across the county to reflect the increased demand
and maximise the potential for such trading to increase the level of activity in town and village centres
and contribute to the regeneration of these areas. Members input into this process will be sought over
the coming months with the aim to have draft Bye-Laws ready for public consultation during 2022. A
preliminary consultation process was undertaken by the council which ran from the 23rd July 2021 to the
3rd September (inclusive), inviting initial submissions and comments on the review of the Casual Trading
Bye-laws, in order to generate discussion and develop interest and encourage involvement in the review
process across a diverse cohort of the population. The launch of the public consultation period was
included in the Council’s social media accounts and Donegal County Councils website, in addition to a
widespread and extensive targeted audience including the Public Participation Network, Local Enterprise
Office, Failte Ireland, Chambers of Commerce, Elected Members and Directors of Service, public
libraries, existing and previous casual trading licence holders, as examples. The Council’s social media
platforms, ‘Twitter and Facebook’ had a total of 6,485 impressions (views) across both mediums. A total
of eighteen submissions were received including one late submission, from existing traders, local
business owners, Carndonagh Traders Association, Letterkenny Chamber and general members of the
public, in addition to two internal submissions. Alongside the consultation process, site survey work was
undertaken during the summer months to identify the location, use and status of casual trading units, the
location/suitability of existing casual trading designations and areas of potential for future casual trading
designations The site survey work and consideration of submissions received during the consultation
process provide a valuable baseline highlighting areas for further examination that shall inform the
review process, and the drafting of revised Casual Trading Bye-laws. Next steps • A detailed report on
the results of the public consultation process is being prepared and shall be circulated to the members
for their consideration in advance. • It is proposed that the statutory process for the making of Casual
Trading Bye-laws subject to the requirements of the with the Casual Trading Act 2002 shall commence
in Quarter 1 of 2022, during which time revised Casual Trading Bye-laws shall be drafted.