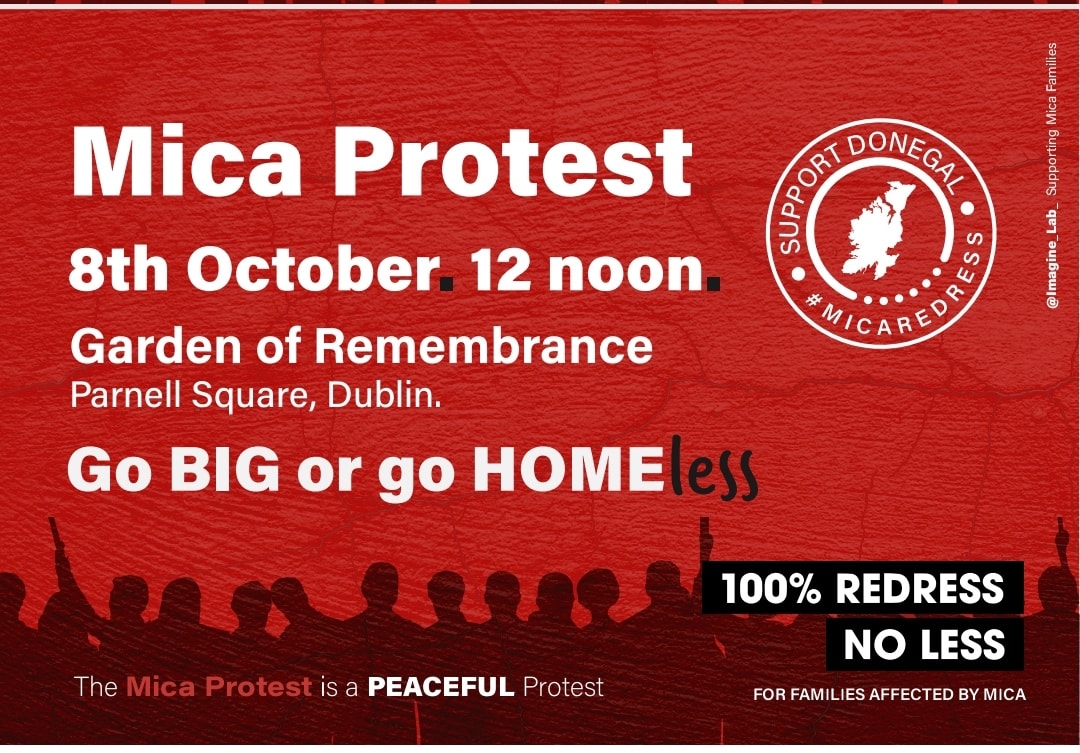 D-Day is on the horizon as a second 100% Mica redress demonstration gets underway in the Capital tomorrow.

The demonstration begins at 12 noon at the Garden of Remembrance in Parnell Square with protesters then making their way through the city.

PRO of the Mica Action Group, Michael Doherty says it's critical that people turn up in their thousands tomorrow.

He firmly believes that there is a strong connection between the final deal and the turn out at the protest: