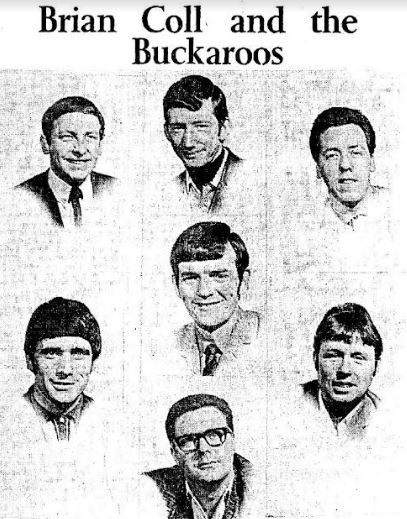 The inaugural Omagh Music Legends Weekend is getting underway this weekend.

The two day event, which is taking place tomorrow and Saturday, coincides with the first anniversary of the loss of legendary showband musician and Highland Radio broadcaster Pio McCann.

The weekend is set to celebrate the musical legacy of some of Omagh’s most loved legends including Pio himself and the renowned and influential multi-genre musician Arty McGlynn, whose influence traversed conventional lines from pop and rock and roll to traditional and folk music.

Speaking about the weekend, the Chair of Fermanagh and Omagh District Council, Councillor Errol Thompson, said;

“Omagh has a rich and diverse musical heritage and the weekend will proudly celebrate that heritage with a programme of performances embracing a variety of musical genres.

There will also be an audiovisual exhibition running concurrently with the Omagh Music Legends Weekend that takes a trip down memory lane through the Showband era, which the district undoubtedly made a significant contribution to. I am confident that the exhibition will appeal to those who remember the halcyon days of the showbands which were one of the greatest musical phenomenons to impact on the island of Ireland.

While it is encouraging to know that we are now welcoming live audiences back to our performance venues, the pandemic is still with us in the community and I would like to take this opportunity to remind those visiting the exhibition at the Strule Arts Centre to adhere to public safety advice and wear a mask, sanitise your hands and maintain social distancing from other patrons.”

The weekend opens on Friday 8 October with Remembering Arty McGlynn: A Celebration of Local Traditional, Folk and Contemporary Irish Music. This intimate evening of music will celebrate and remember Omagh’s own late, great, Arty McGlynn. Arty was one of Ireland’s most acclaimed guitarists, with an international reputation for excellence in the field of Irish folk music. His 1979 pioneering album, McGlynn’s Fancy, was the first recording of the guitar to be played in an authentic traditional style and as such is hailed as a classic. He received the TG4 Lifetime Achievement Award in 2016 for outstanding contribution to Irish traditional music and played with the likes of Liam O’Flynn, Van Morrison, Patrick Street and Nollaig Casey, to name but a few.

This concert will be very much a local celebration, featuring great musicians, family, relatives and friends of Arty’s from Tyrone, Belfast and Donegal and will be a dynamic blend of traditional, folk and contemporary music, showcasing some of Arty’s acclaimed compositions and arrangements. This concert will feature artists Nollaig Casey, Cathal and Stevie Hayden, Neil Martin, Brendan Quinn, Jerome McGlynn and Shane McAleer with many others joining them live on stage on the night.

On Saturday 9 October stars from the world of country music will come together for An Evening of Music and Memories…Remembering Pio McCann. This concert will feature artists Mike Denver, Declan Nerney, Dominic and Barry Kirwan, Hugo Duncan and Philomena Begley live on stage at the Strule Arts Centre. Compere for the night will be Highland Radio’s David James.

A regular on radio airwaves across households in Ireland for 30 years with Highland Radio, Pio was a broadcasting legend, known all over the world. Throughout his radio career, Pio championed up and coming talent on the music scene and many of today’s country stars got their early breaks on Pio’s Highland Radio show. Visitors will be able to listen to and reminisce on some of Pio’s famous interviews including Johnny Cash, Dolly Parton, Garth Brooks, Charley Pride, Kenny Rogers, George Jones, Vince Gill, Randy Travis, Keith Urban, Merle Haggard, Carrie Underwood and Reba McEntire at the Omagh Music Legends Exhibition.

Pio was honoured with the CMA International Broadcaster Award in Nashville in 2008. This award recognises the outstanding achievement by a Radio Broadcaster outside the United States for their important contributions towards the development of Country Music in their country. Prior to his lifelong radio career, Pio’s musical talent was undoubtedly influenced by his father, All-Ireland Champion lilter Mickey McCann who brought the All-Ireland trophy home in triumph to his native Dromore. Pio was also in a range of renowned Showbands appearing at prestigious venues such as The Royal Albert Hall, London and Carnegie Hall, New York. He started out with The Moonlight and The Claxton and performed with Brian Coll and the Buckaroos. Pio enjoyed number one chart successes with ‘Five Little Fingers’ while playing with Frankie McBride and the Polkadots and with ‘Dear God’ while playing with Hugo Duncan and the Tallmen.

For many years Pio was host and compere at a range of annual Council events including St Patrick’s Day Festival and the Christmas Lights Switch-On, the latter of which saw Pio bring a host of stars to the town including Westllife, Ronan Keating, Daniel O’Donnell, Gay Byrne and Brian Kennedy. The evening will honour the memory of Pio and the huge impact that he had within the music business. As one of Pio’s famous radio jingles once said, “If anyone can, Pio McCann can!”

Highland Radio, with whom Pio spent 30 years and who have been supportive in the organising of the weekend, will be broadcasting live from Omagh town centre on Thursday 8 October and presenter David James will host his ‘Jive Time’ show from 2.30 to 5.00pm with special guests who will give an insight into the weekend.

The Omagh Music Legends Exhibition will be open in Strule Arts Centre Gallery on Friday 8 October and will run until Saturday 30 October. The exhibition features a vast range of photographs charting the life and careers of Pio McCann, Arty McGlynn and some of the biggest bands of the showband era which featured local talent. At it’s height, the showband industry supported over 600 live bands and the exhibition will underline the influence which Omagh played during this time and will feature some of the biggest Showbands of that era including Brian Coll and the Buckaroos, The Plattermen, The Paddy Cole Band, Frankie McBride and the Polka Dots, Hugo Duncan and the Tallmen and The Claxton as well as other local stars such as Frank Chism and the Phillips brothers, Tony and Paddy.

The exhibition will provide an opportunity for music fans to share their own memories of the local music scene throughout the years. The gallery will be open Monday – Saturday from 9.30am – 5pm. Please remember to adhere to current public safety advice around hands, face and space while in Strule Arts Centre. Performances will be streamed live on the Strule Arts Centre Facebook Page.