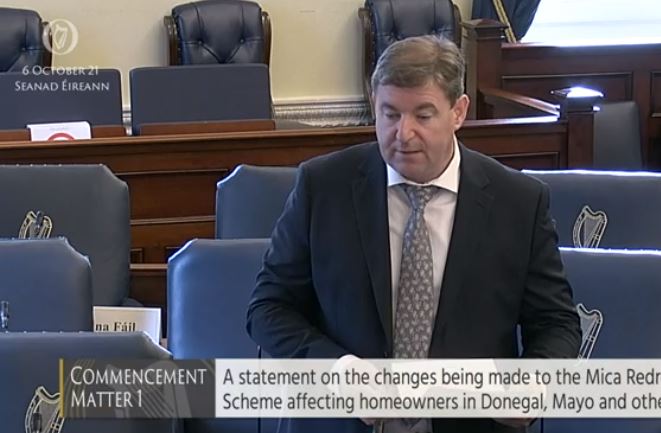 The Housing Minister has reiterated again that nothing is off the table as a revision of the Mica redress scheme continues.

Minister Darragh O'Brien has confirmed that the removal of upfront costs, including rent and planning exemptions has been agreed while significant progress is also said to have been made on a guarantee on second grant access.

He was responding to Donegal Senator Niall Blaney who questioned that Minister on what changes will be made to the redress scheme.

Minister O'Brien says he expects a memo will be brought to Cabinet in the coming weeks::

Senator Blaney spoke of the distress caused to affected families following the publication of a report by Department of Housing officials on the Defective Blocks Working Group.

He told Minister O'Brien that the reported property cap of €350,000 needed to reflect rising building costs: