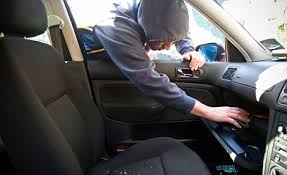 A number of cars thefts have happened in Convoy over the weekend.

The spate of incidents occurred in the Greenfields area in the early hours of Sunday morning last.

Between the hours of 3am - 6am entry was gained to six cars and numerous items were stolen from them, sunglasses, clothing and car documents.

None of the cars had been locked.

Gardai are appealing to residents in the area of Greenfields to contact Gardaí if they observed or heard anything in the area during that time period that might assist with their investigation.

Gardai are also appealing to everybody to ensure that their vehicle is secured when unattended whether it is parked in a public place or at home.

Gardai are advising to never leave anything of value such as cash, jewellery or electronics in your car and try to park in a well-lit location if at all possible. Report any suspicious activity in your area to Gardaí immediately.