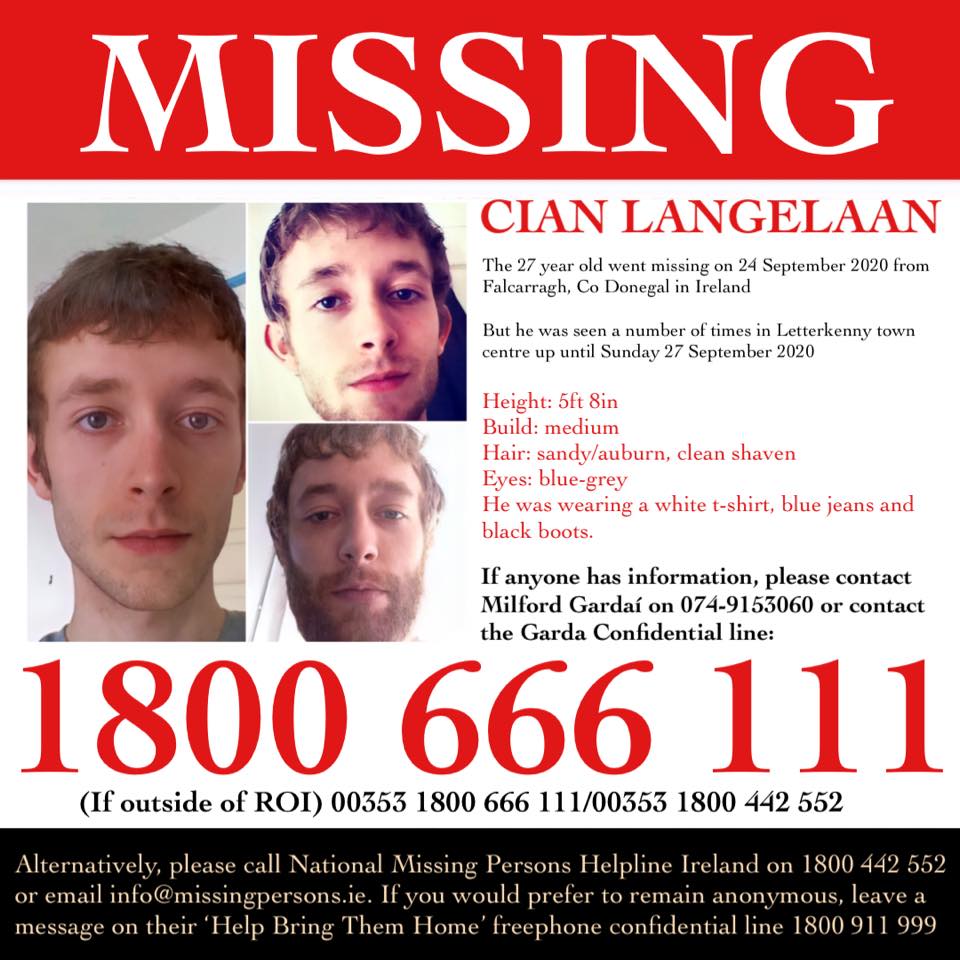 The mother of Cian Langelaan says she still has hope, a year on from his disappearance.

Cian was 27 when he was reported missing from the Falcarragh area on September 27th last year.

His mother,  Anthea has praised the response from members of the public who continue to keep a lookout for Cian.

She says he may have travelled to outside the county: