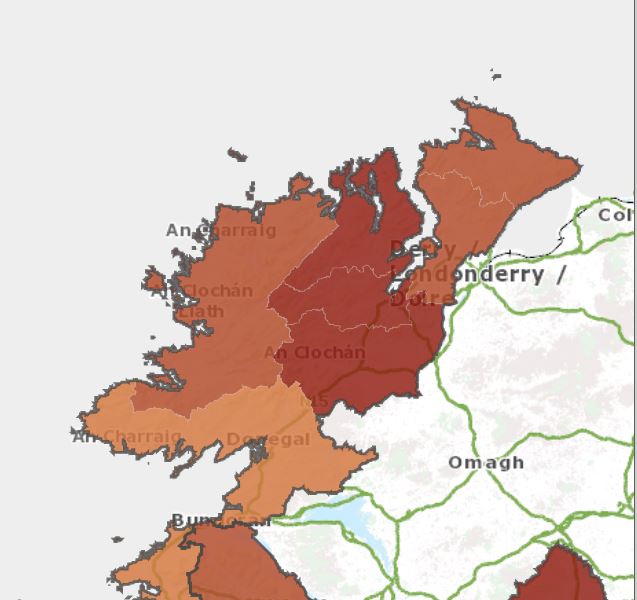 Three of Donegal's seven Local Electoral Areas registered increases in Covid 19 case numbers in the two weeks to last Monday, and they are among the LEAs with the highest rates in the country. 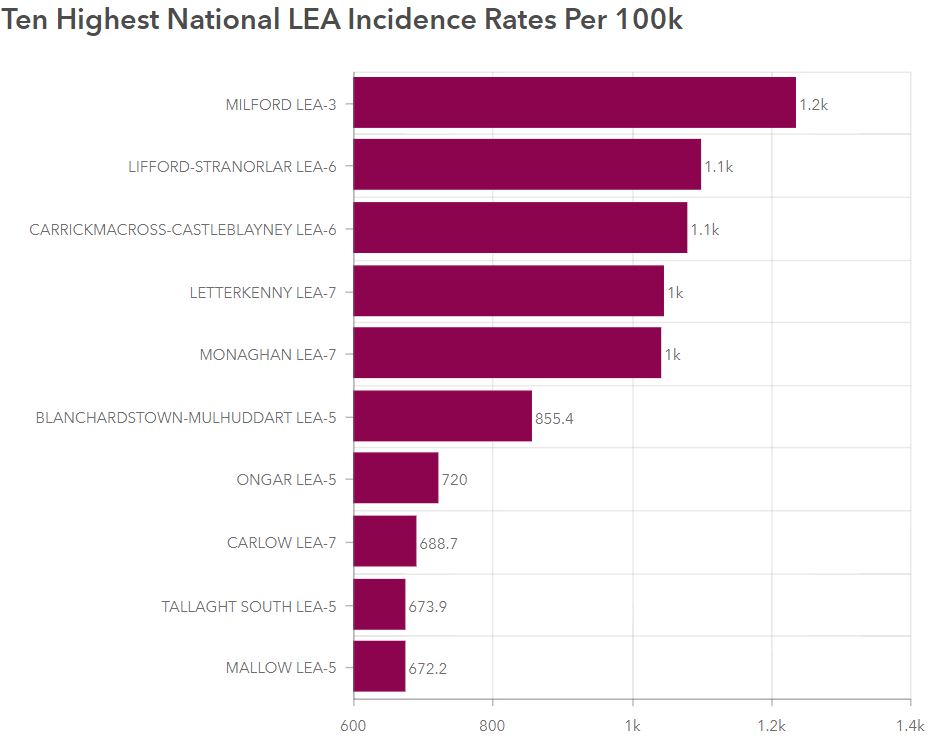 Until recently, Inishowen was a local and national blackspot, but its figures continue to fall. South Inishowen had 145 cases, down 30%, a rate of 648, while North Inishowen's 109 cases represented a 12% fall and a rate of 642.5. 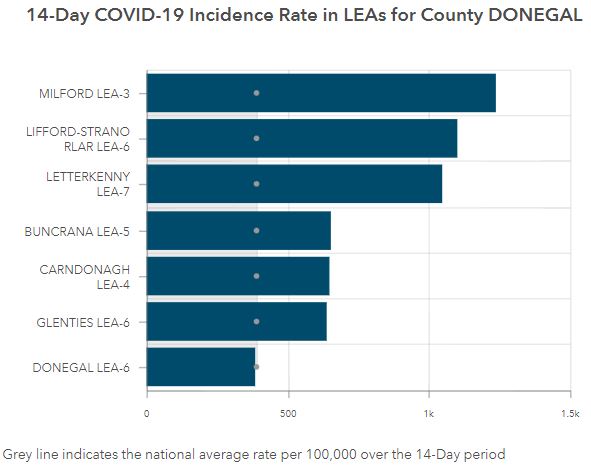