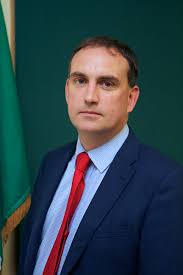 In a letter to the Taoiseach, Deputy MacSharry said the party's positioning and policy is being determined in an undemocratic, totalitarian way.

It's the first time in the history of the South Donegal Sligo-Leitrim constituency that it isn't represented by a Fianna Fáil TD.

Speaking to Ocean FM, Deputy MacSharry says no leader of the party has acted like Micheal Martin: