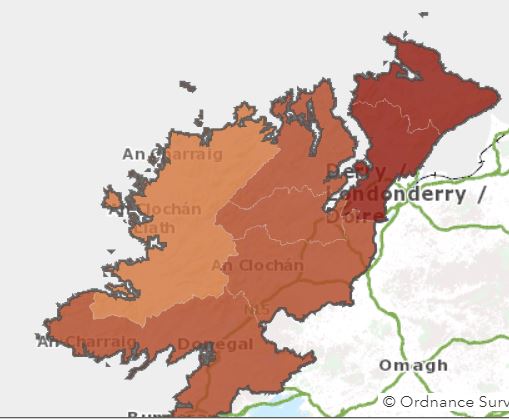 North Inishowen continues to have the highest rates of Covid-19 in the county and the country, but the incidence rate there is dropping.

The Milford Local Electoral Area's increase was enough to see it become one of the ten highest in the country.

Both Donegal and Lifford Stranorlar have both dropped out of that list. 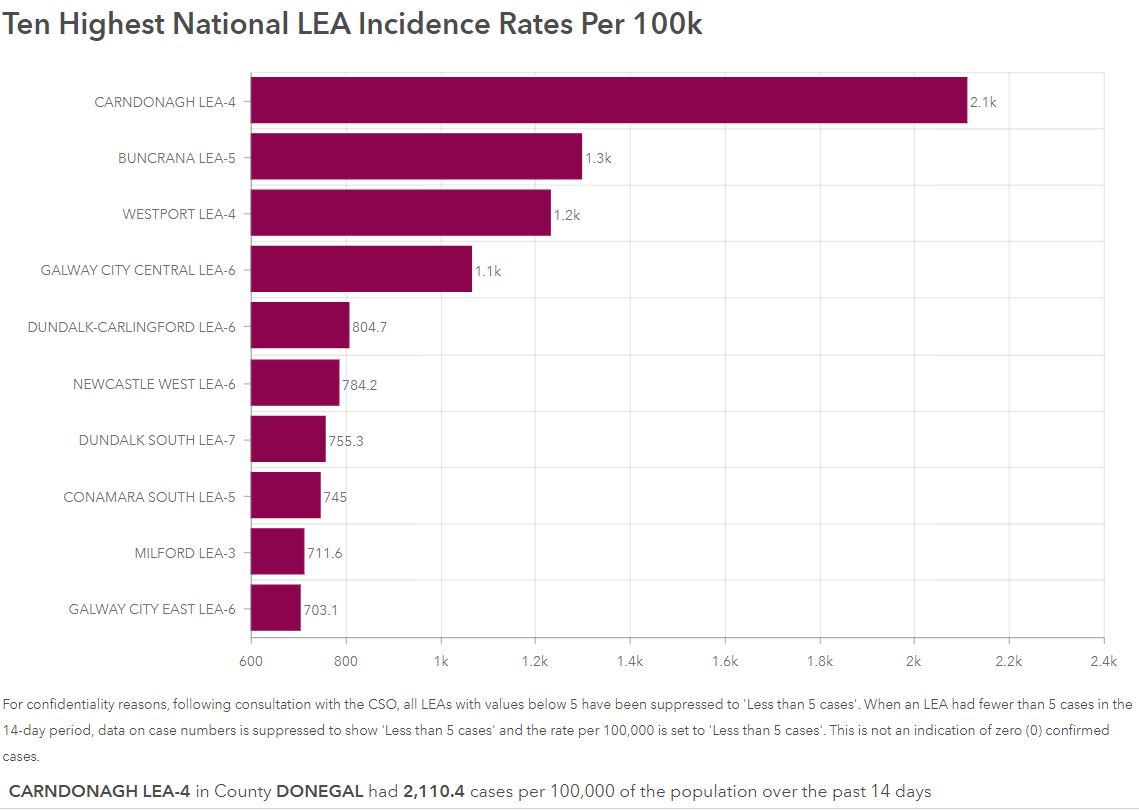 South Inishowen still has the second-highest rate in the country, with an incidence rate of 1,296.6 and 290 cases, down 12%. 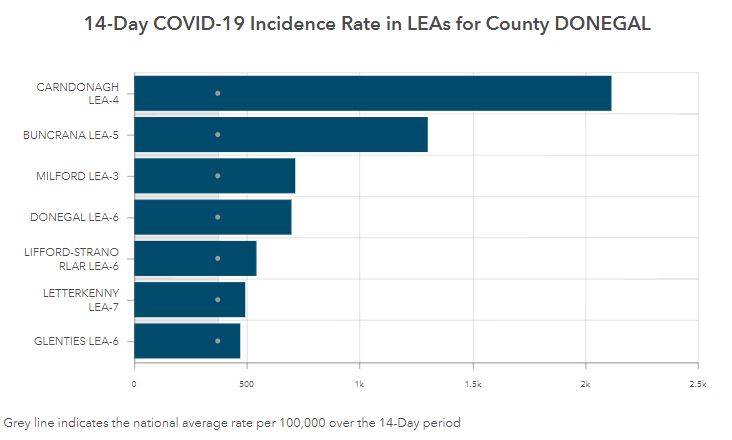 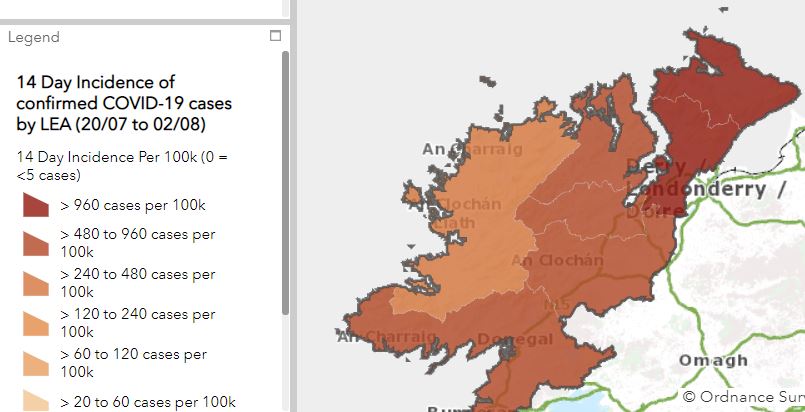