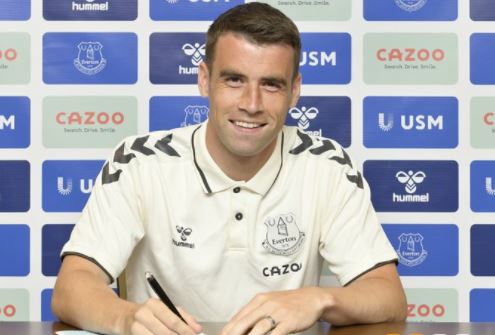 Seamus Coleman has signed a new one-year contract at Everton.

The Killybegs man will remain at Goodison Park until the summer of 2023.

Coleman has racked up 350 appearances for Everton following his move from Sligo 14-years ago.

Coleman was appointed Everton captain in 2019 and is also skipper for the Republic of Ireland, earning 59 caps for his country since making his debut in 2011.

After signing his new contract, the 32-year-old right-back reiterated his desire to lead the ambitious Blues to silverware and vowed to keep driving high standards for Rafa Benitez’s squad.

“I’m very happy - everyone around the Football Club and I’m sure all the fans know how much this club has meant to me from day one,” Coleman told evertontv.

“It’s a massive honour to extend my time here. It was about getting my head down and to keep working hard like I’ve always done, and the Club decided to reward me with that. It’s something I’m very happy with.