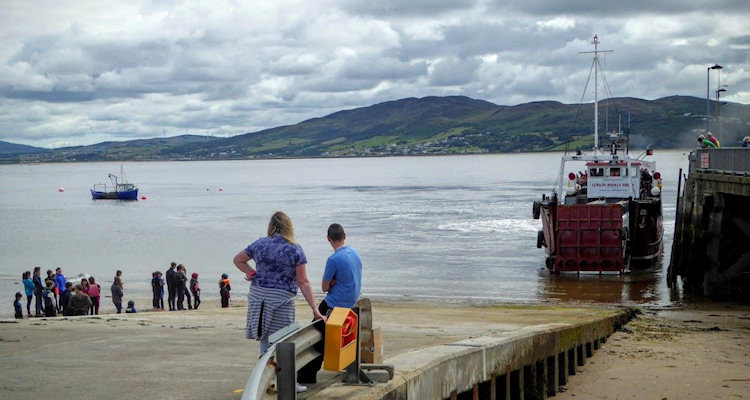 The All-Ireland Junior Boat Competition, which takes place next month in Rathmullan, will be officially launched by Minister for Agriculture, Food and the Marine, Charlie McConalogue, at Rathmullan Pier on Friday, July 23rd, at 5 pm.

The event, which is being hosted by the Lough Swilly Junior Angling Club under the auspices of the Irish Federation of Sea Anglers, has been fixed for Friday, August 21st. Headquarters for the sea angling showpiece will be The Station House Hotel in Letterkenny.

Around 40 anglers are expected to take part in the national championships for the under-16 and under-21 categories.

Looking ahead to the event, Lough Swilly Junior Angling Club Chairman, Charlie Devlin, said: "The junior branch of our club has been up and running for three years and we're delighted to be in a position to be able to host such a major competition."

"We have an excellent junior committee and our aim is to promote the health and skills of our junior anglers. We hold regular classes in the Devlin Hall in Letterkenny with a team of talented and highly experienced coaches who are all nationally registered. "We prepare our junior members for a league in which they compete during the summer season. A number of our members are excited about taking part in the championships in Rathmullan in four weeks' time," the chairman added.

The championships will see anglers travelling from all four provinces and a lot of planning has gone in to the event since the start of the year.

"Back in February when we began our preparations with the Irish Federation of Sea Anglers, we weren't fully sure if the event was going to go ahead because of the Covid-19 restrictions. Thankfully, it's all systems go now, with certain guidelines still to be followed.

"This is a great opportunity to showcase all that is good in Donegal and this event will be a huge boost to the sport of angling in the north west. All going well, we would like to be in a position to host the event again within four years," Mr Devlin said.