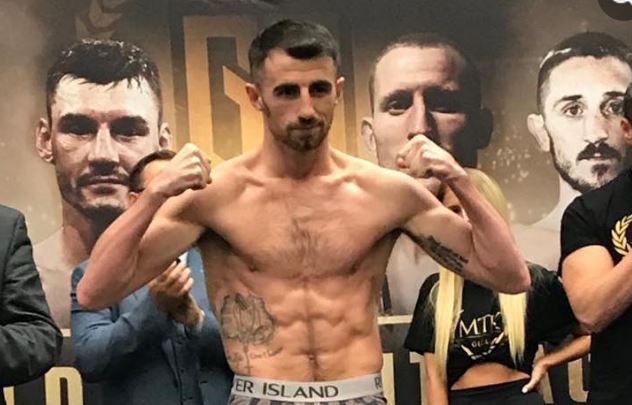 Tyrone McCullagh returns to the ring for the first time in over 16 months on Friday, fighting on the MTK Global event at the University of Bolton Stadium in England.

The Derry southpaw suffered a first career defeat in his fifteenth pro contest in February 2020 losing out in the Golden Contract series.

McCullagh will go up against experienced Brett Fidoe this weekend as hi looks to be as active as possible in the coming few months.

McCullagh told mtkglobal.com: “I am delighted to be back. There were a few times where it just seemed like it wasn’t going to happen, but I’m in fight week now and can’t wait to get in there.

“The gym is flying at the minute and it’s great to see. Everyone feeds off it and it’s a big couple of months coming up for our stable. I’ll get the win on Friday and then I’ll be straight back into camp after a few days off. I plan to be out again in August and that’s only around the corner.

“I’ll not underestimate Brett Fidoe though. He is a lot better than his record suggests. He’s taken a lot of records from unbeaten boxers and takes rounds from everybody, so I’m preparing for a tough fight.

“Pete Taylor has been working with me on tweaking my style the last couple of months. It’s about not moving as much and planting my feet a bit more. I’m still a work in progress but it’s coming on.”