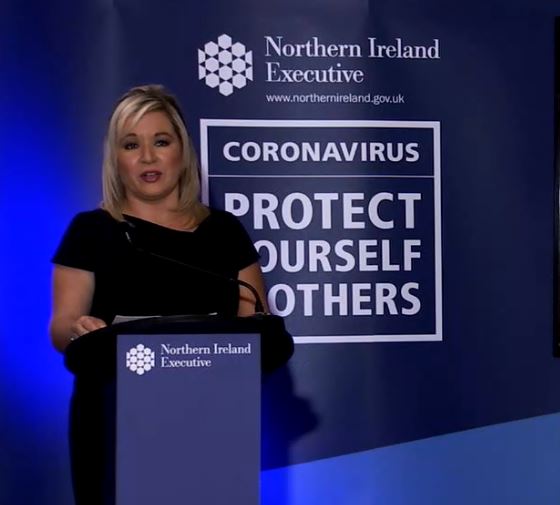 It's after the resignation of Arlene Foster as First Minister - effectively dissolving the Executive.

If both parties can't agree to a power-sharing deal by next week, then it will trigger a snap Assembly Election.

Speaking in Stormont this afternoon, outgoing Deputy First Minister Michelle O'Neill said her party will approach power-sharing talks in the same way they did previously...........