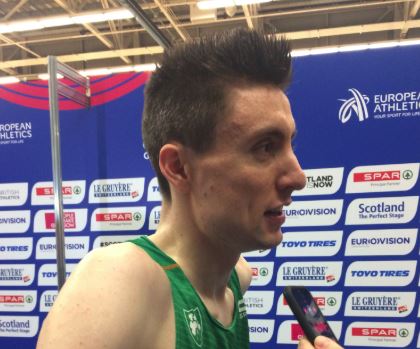 Mark English's journey towards the Olympic Games continued on Sunday evening with a winning run in the 800m at the Sollentuna Grand Prix in Sweden.

The Finn Valley ran a season best 1.45:70 to take victory but it was just half a second outside the automatic qualifying standard.

It's a timely boost for English who will defend his 800m Irish title at the National Championship on the last weekend in June.

Even if Mark doesn't hit the standard he could still be heading for Japan with his ranking.