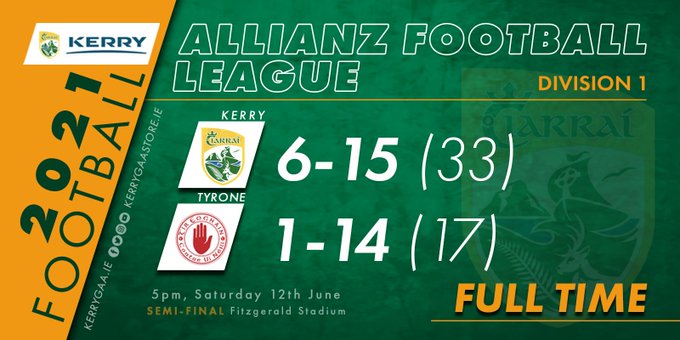 Kerry romped to a 16 point victory over Tyrone in their Allianz National Football League Division One semi-final clash at Fitzgerald Stadium in Killarney.

Kerry led by 5-6 to 0-7 at half-time in this one-sided encounter. Indeed, at the first water break the game Kerry were already leading by 3-1 to 0-3.

Peter Keane's side have scored 13 goals in four league games.

This result means that Kerry are crowned Division One co-champions. It finished Kerry 6-15, Tyrone 1-14.