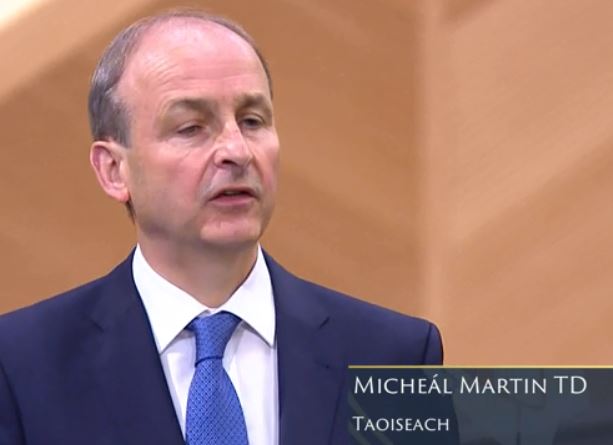 The Taoiseach's enjoying a boost in support in the latest political poll.

Micheal Martin's up 6 points to 49 percent, according to the Sunday Times Behaviour and Attitudes poll.

The government is up three points to 47 percent support, but Sinn Fein's still the most popular party in the country.

Stephen O'Brien, political editor with the Sunday Times, says the housing crisis doesn't seem to be negatively impacting the Coalition:

June 13, 2021
Donegal County Councillor Noreen McGarvey has called on the government to work to reinstate flights between Donegal Airport and the capital within the coming...