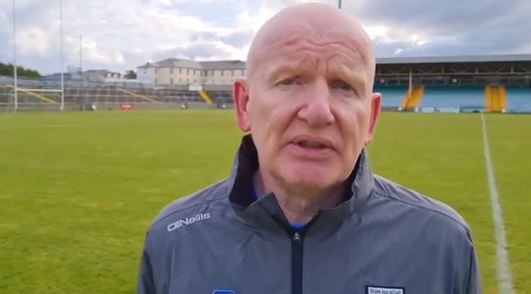 Donegal came from behind to earn a a 1-20 to 4-11 draw with Monaghan in the National League Division One North.

A hattrick of goals from Conor McCarthy before the break and then one early in the second half from Conor McManus had Monaghan in full control of the game.

Patrick McBrearty fired over five second half points after the McManus goal to help Declan Bonner's men earn a point.

Oisin Kelly spoke with Declan Bonner after the game...