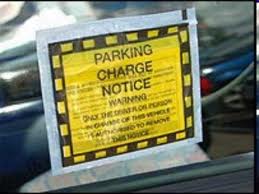 There was a huge drop in the number of parking tickets issued in Donegal during the pandemic.

1,538 fines were issued in the county after the suspension of the enforcement of pay and display offences between the end of March and June last year, compared to over 5,000 the previous year.

44,000 parking fines were issued in Dublin during the same period.

Dún Laoghaire Rathdown County Council issued more than 28-thousand parking tickets, which was a decrease of around 6-thousand when compared to the previous 13 months, according to the Irish Independent.

Fingal County Council issued 10,115 tickets, which was just over 1,000 fewer than the previous year.

Dublin City Council uses clamping rather than fines, and between March 2020 and April 2021, 38,354 vehicles were clamped in the city.

Wicklow, Kildare, Louth, Galway and Sligo issued the highest number of tickets during the pandemic.