Declan Bonner has named his team to face Tyrone in the Allianz Football League opener in Healy Park and it shows three changes from the team that started last year's Ulster Final defeat to Cavan.

There may be more changes to the 15 named come the Throw In at 5pm.

There's no Stephen McMenamin on the match day squad but the returning Odhran MacNiallais and Eunan Doherty of Naomh Conaill are named among the subs.

Join Oisin Kelly and Martin McHugh for big match build up from 4.30pm at Healy Park in Omagh – on air and online at highlandradio.com. 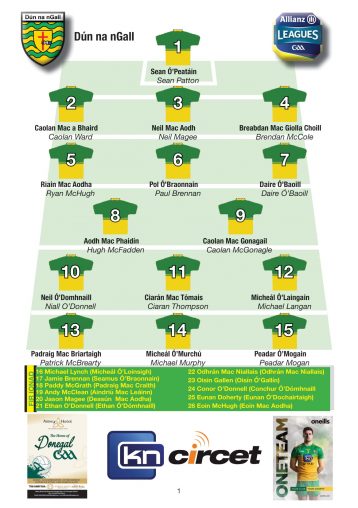