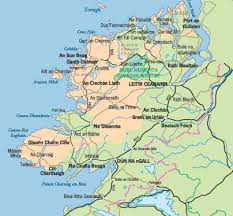 Donegal is to receive just under €700,000 for repairs and improvement works on non-public roads in the county. Minister Charlie McConalogue says Donegal's allocation is the third highest allocation nationally, and that's to be welcomed.

The Local Improvement Scheme is intended to improve access to rural homes and farms, as well as outdoor amenities such as lakes, rivers, mountains and beaches.

Donegal County Council will prioritise roads for improvement works in consultation with residents and landowners, who will be expected to make a financial contribution of no more than €1,200.

But the estimated needs within the county is around €12 million, Local Councillor Michael Cholm MacGiolla Easbuig believes the funding announced is a major shortfall: