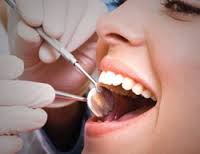 A Donegal Deputy has called for serious failings in the management of what he says are 'notorious' orthodontic waiting lists in Donegal to be addressed.

Figures show that as of December last year, 441 people in Donegal of Grade 4 or 5 in severity were waiting at least six months for treatment, 128 of Grade 5 patients had been waiting more than 2 years.

Deputy Pearse Doherty says he has received confirmation that despite new dental chairs, equipment and an x-ray machine purchased for Letterkenny University Hospital, there is no room for the items at the hospital.

He says there are many questions that need answered: