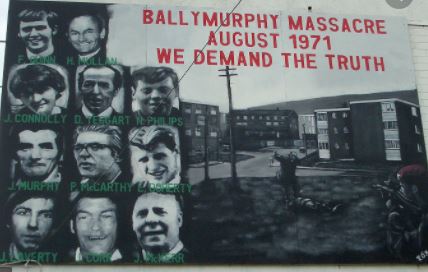 A corner has found that the use of lethal force by the British Army was not justified.

The families of the 10 people killed in Ballymurphy in Belfast have been fighting for answers for 50 years.

It had been suggested that some of those who died were involved with paramilitary activities, which was why soldiers opened fire.

That myth was dispelled at the inquest today, which found all those shot were innocent.

The verdict has since been hailed by Foreign Affairs minister Simon Coveney as “historic”.

He said it cast a tremendous new light on one of the darkest incidents in the Troubles, and said the families must now be supported.