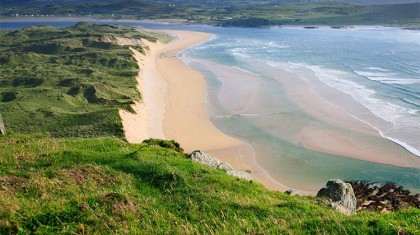 Comments from the Chief Medical Officer are still having a knock-on effect on businesses in Donegal.

There was widespread anger among the business community in the county after Dr Tony Holohan said Covid-19 was circulating at dangerously high levels in Donegal which he says was down to non compliance of public health guidelines.

The CEO of Letterkenny Chamber, Toni Forrester says the comments were damaging to the Donegal brand.

James McGinley of John McGinley Coaches says he has received a number of cancellations from people from other parts of the country since Friday with one particular group deciding to vacation elsewhere.

He told the Nine til Noon Show today that as a result of Dr Holohan's comments, he is being forced to fight for his business: