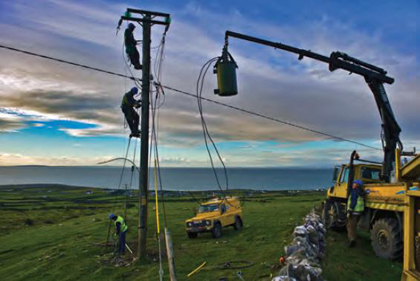 550 network technicians at ESB have begun a two day all-out strike, saying they're not being properly consulted about the outsourcing of their work.

The Independent Workers' Union began a work-to-rule over the Bank Holiday weekend, refusing to provide emergency cover even as rough weather hit many areas.

The ESB says there was no delay to repairing outages because there was less weather damage than expected and contingency arrangements were enough to deal with it.

Shane Johnston, a network technician in Donegal says he and his colleagues just want to have a say on their future within the company: