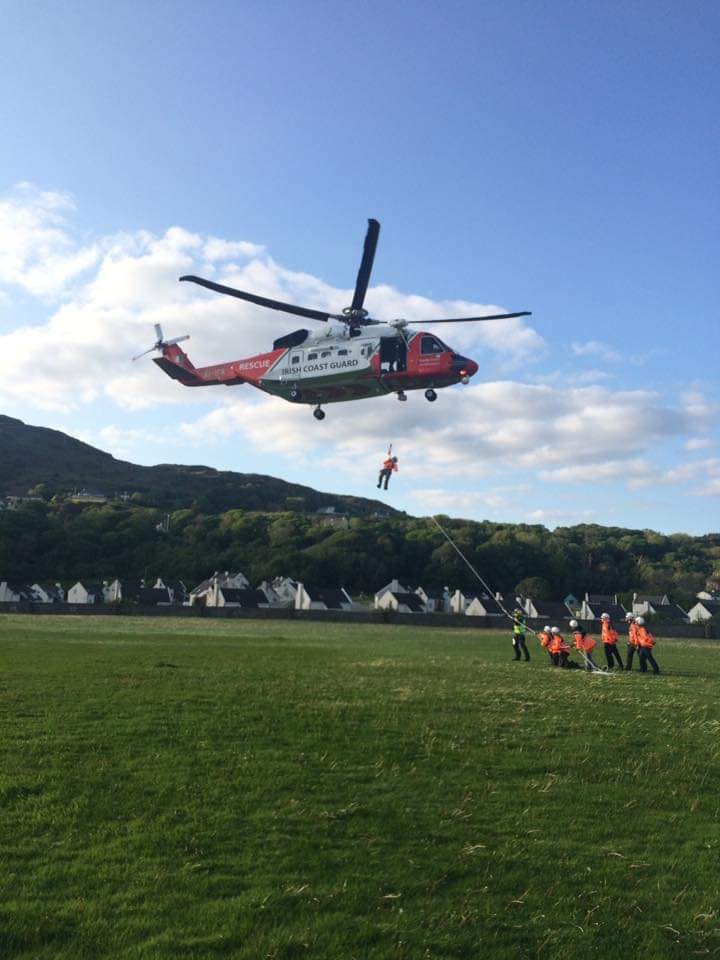 A gorse fire in south Donegal has destroyed a farmer's forestry plantation -- but it's now thought to be under control.

The State Forestry agency's helicopter was scrambled from Waterford to aid local fire crews, and has spent the afternoon dumping seawater on the blaze.

Authorities believe it was sparked by a fire set on Fintra Beach last night, though not maliciously.

A Coillte spokesman has urged people enjoying the great outdoors this weekend to "keep warm in other ways".

Meanwhile, Killybegs Coast Guard Unit confirmed they was tasked this afternoon to prepare a landing site for the R118 helicopter based in Sligo.

The helicopter was tasked to provide assistance to Donegal fire service who were battling a gorse fire in the Fintra area.

The coast guard has confirmed the gorse fire is under control.