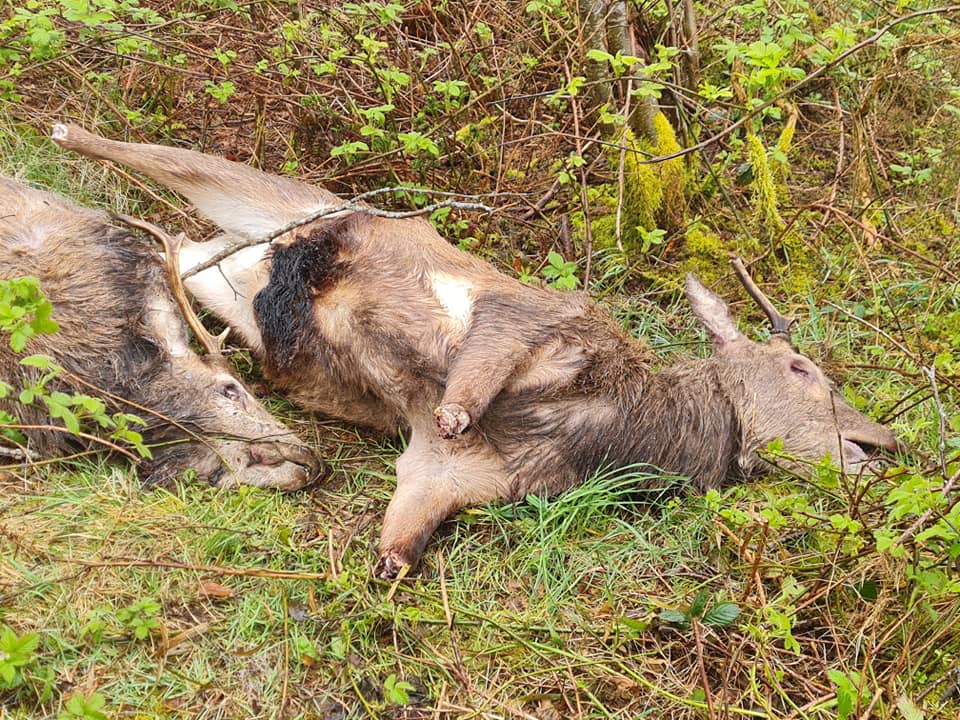 The shooting of three deer found dumped in the Falcarragh area has been described as a barbaric act.

The dead animals were discovered dumped close to a main road in the Greenhill area this week.

The deer have since been removed by Donegal County Council.

Local Councillor John Sheamais Ó Fearraigh says it is still unclear if this was an incident of deer poaching: