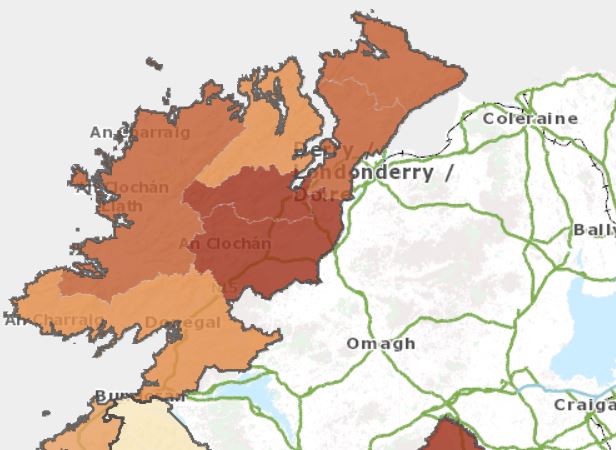 All but two of Donegal's seven Local Electoral Areas registered increases in the number of Covid 19 cases for the two weeks up to last Monday, April 19th.