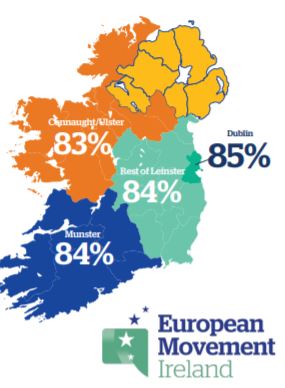 A minority of Irish people say they have confidence in the EU's vaccine strategy.

Just 45 per cent say they they think it's been going well, while 48 percent think otherwise.

The annual European Movement Ireland Red C poll showed that 48% of people in Ulster and Connaught have expressed confidence in the EU’s vaccine strategy.

Noelle O'Connell, chief executive of European Movement Ireland, says the low confidence was to be expected: