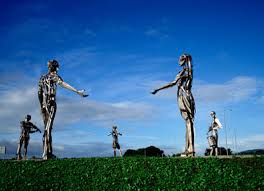 A Strabane Councillor believes someone will be seriously injured or worse unless anti social behaviour in the town is brought under control.

It comes after a 17 year old girl was assaulted in 'The Meadows' area of the town on Friday night.

A video has been circulating on social media depicting the incident, and showing the victim lying unconscious.

A 17 year old girl and an 18 year old male were arrested on suspicion of offences but have since been released on bail pending further enquiries.