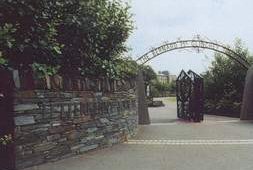 Donegal County Council is being urged to employ wardens to monitor the two town parks in Letterkenny during the summer months.

The issue was raised at Letterkenny and Milford Municipal District this week by Cllr Jimmy Kavanagh.

He was told by officials that the parks currently have a complement of maintenance staff during normal working hours, and a private security firm has been appointed to monitor the parks during out of hours.

Cllr Kavanagh, who received the backing of other members, says more is needed: