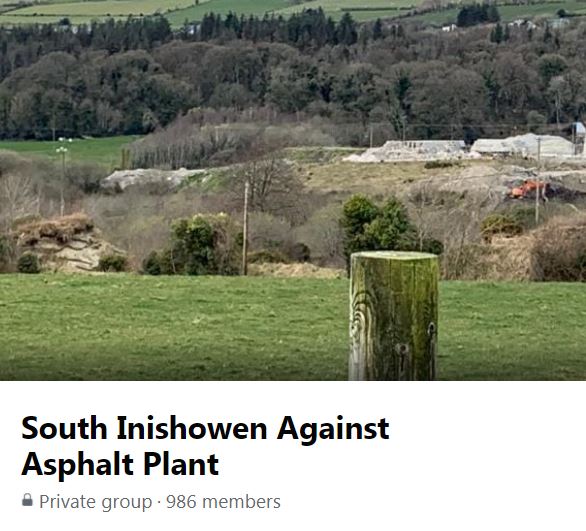 A Facebook group established to oppose a planned asphalt plant in South Inishowen now has almost 1,000 members, with people being urged to become involved in the campaign.

The plant is proposed for the site of the old quarry at Barr's Pitt, just off the R239 between Burnfoot and Muff.

A planning application was lodged with Donegal County Council last year, and further information was provided by the applicants last month at the council's request.

Submissions are being accepted by the council, and the South Inishowen Against Asphalt Plant is urging people to get involved.