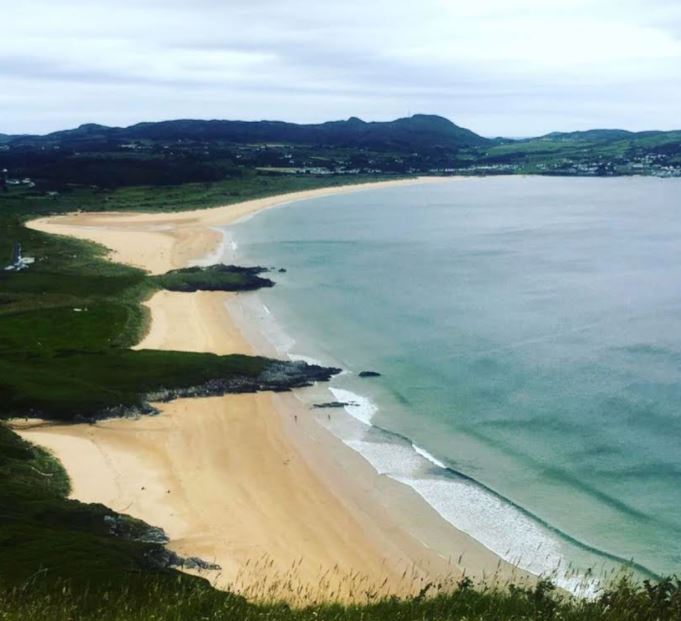 Eight of those selected are along the west coast with two each in Donegal, Mayo and Kerry.

The write described Ireland’s coastline as a ‘beachgoers paradise’.

Trá Mór in Dunfanaghy has been ranked second to Dogs bay in Galway.

The writer described it as ‘a secluded gem in the shadow of the Horn Head peninsula and is arguably the prettiest’.

Ballymastocker Bay near Portsalon has also featured in the highly acclaimed list.

The beach was once named the second-most beautiful beach in the world by the British Observer Magazine, and the writer says it’s not difficult to see why:

‘Stretching for almost 2km from the holiday village of Portsalon (which gives it its alternative name of Portsalon Beach), this Blue Flag beauty has wonderful views of the Inishowen Peninsula.’

The beach itself has also been described as highly photogenic: 'as you come around the high headland on the Knockalla coastal drive there’s a pull-off spot that makes for the perfect view of the beach stretching right up to Portsalon'.