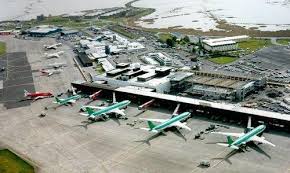 Arrivals from 58 countries will be subject to mandatory hotel quarantine from this morning.

Last week 26 high-risk states were added to the list, including Israel and the Wallis and Futuna Islands.

The issue of mandatory hotel quarantine has been the source of deep divisions in the Cabinet.....with Health Minister Stephen Donnelly favouring the inclusion of 17 EU countries along with the US on the list.

Mr Coveney expressed concerns it would affect Irish citizens living in EU countries who return for their summer holidays.

He's also reported to be anxious about potential legal issues relating to freedom of travel within the EU.

Among the country scratched from the revised mandatory quarantine list were Italy, Germany and France who are currently firefighting another wave of the virus.

It's believed Mr Donnelly is considering revisiting his plan

Talks are due to take place later this week between officials and ministers on the issue.

There are fears there is not enough hotel capacity or staff for huge numbers, while the possibility of home quarantine and the use of vaccinations to reduce quarantine times are also expected to be on the table.