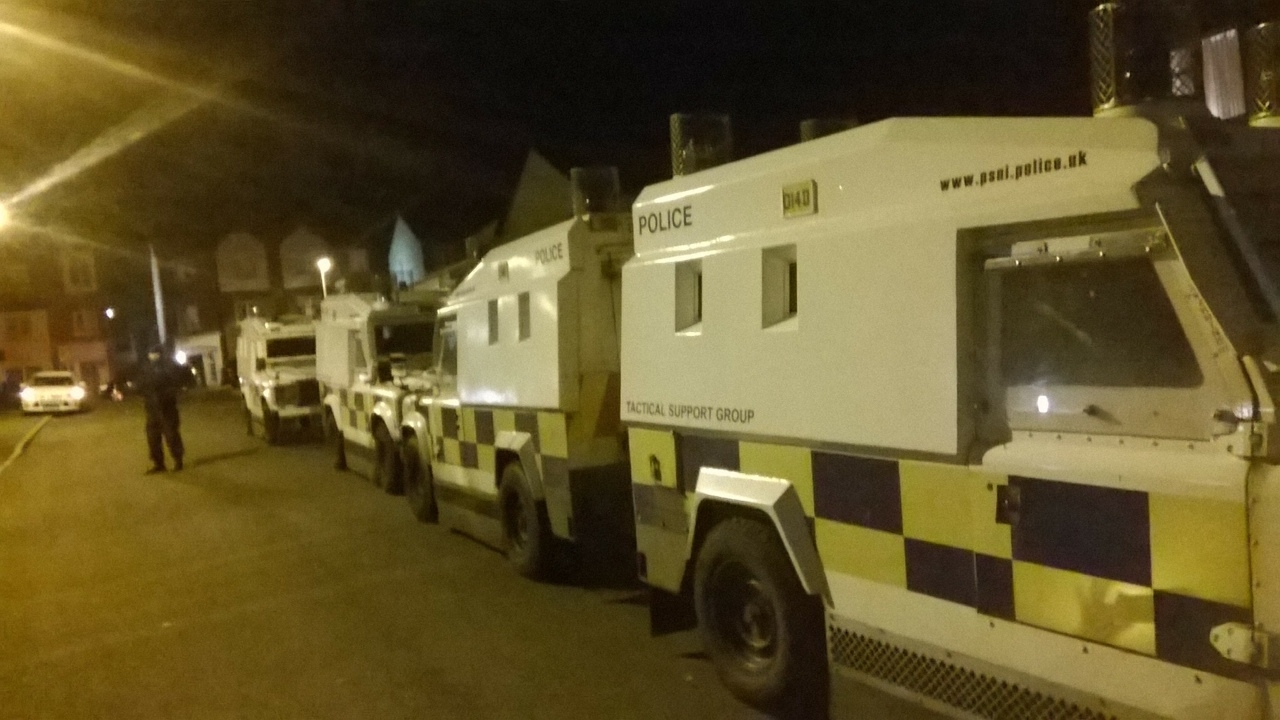 There's been another night of violence on the streets in Northern Ireland.

Three cars were hijacked and set on fire in Newtonabbey, just outside Belfast.

It comes after eight people were arrested and 27 police officers injured during riots in Belfast and Derry on Friday night.

Police in Derry came under sustained attack on Friday night from a large group of youths and young adults throwing masonry, bottles, petrol bombs and fireworks.

As a result 12 officers sustained injuries including head, leg and foot wounds while damage was also caused to a care home in the Nelson Drive Area of Derry.