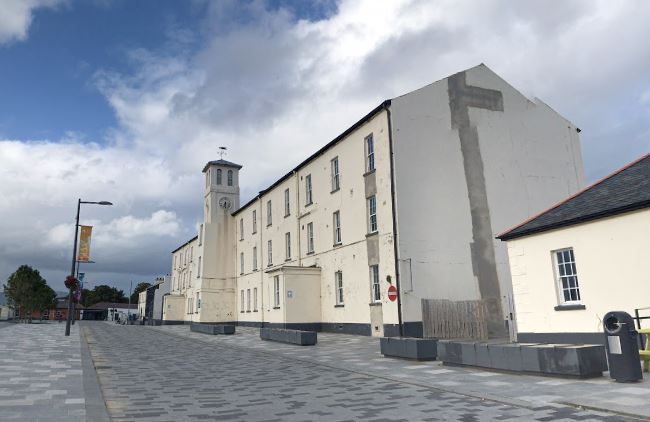 The North's Deputy First Minister says private developers will be offered the chance to buy land at the old Ebrington Army Base in Derry, on which there is planning permission for a second office block.

Answering questions in the Assembly from Foyle MLA Martina Anderson, Michelle O'Neill said it's hoped to invite expressions of interest next month.

In the meantime, she confirmed that the plan is to hand the Ebrington site over to the local council.

Michelle O'Neill said developments are progressing at the site, including the first office block.........