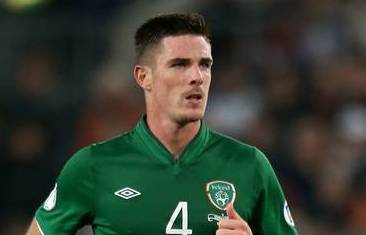 Republic of Ireland defender Ciaran Clark is backing his defensive partner Shane Duffy to put his club struggles behind him.

The pair look set to start together in Belgrade tomorrow night as Ireland begin their 2022 World Cup qualifying campaign away to Serbia.

Duffy has struggled for form since joining Celtic on loan this season, with the club surrendering their Scottish title, and manager Neil Lennon getting sacked.

With Sheffield United's John Egan injured, Clark and Shane Duffy could be set to marshal the defence...

And Clark - who qualifies to play for Ireland through his grandmother who is from Milford in Donegal - says he has every confidence that Duffy will be able to put his experience to good use: