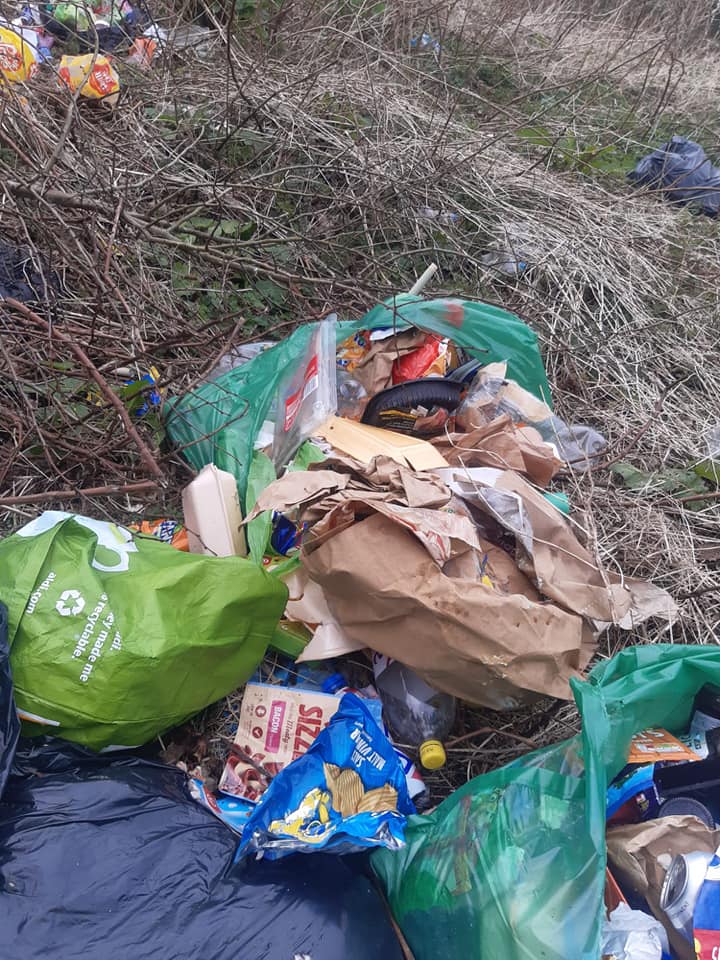 A number of black bin bags of rubbish were found dumped in Convoy along a road leading down to the soccer pitch in the town over the weekend.

The committee has since reported the issue to the Donegal County Council.

Over the weekend Convoy Community Environmental Committee took to social media to express their sadness and annoyance at the discovery of the large rubbish dump in the town.

In a statement a member of the committee confirmed the incident is now under investigation by the Environmental Office with in Donegal County Council.

The council will help to dispose of the large volume of waste and investigate the matter further.

The community group say they appreciate the response from the local community and hope to raise awareness about the illegal dumping of waste in every town, community and roadside.