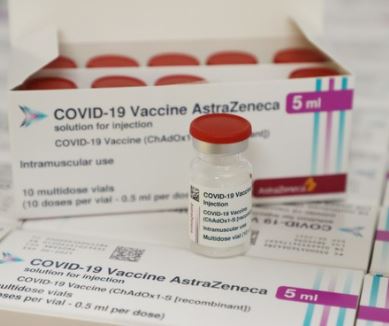 It follows a meeting of Europe's health regulator to review the data on blood clots developed by a small number of people in Europe after they were vaccinated.

The use of the jab was suspended in a number of countries, including Ireland as a result.

The EMA could not definitively rule out a link with particular blood clotting and will start an awareness campaign.

However the Executive Director of the EMA, Emer Cooke, reiterated the organisation's view that the benefits of the jab outweigh the risks of side effects.............

The temporary suspension of the jab in Ireland has led to around 30 thousand people having their vaccinations delayed.

HSE chief executive Paul Reid says they plan to get to those healthcare workers and medically vulnerable people as soon as possible..............