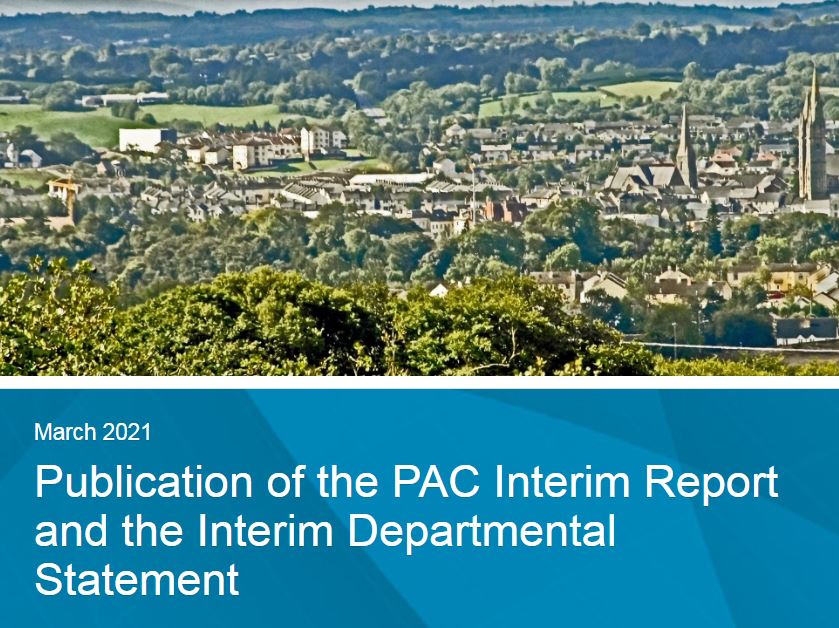 The A5 improvement scheme has been delayed again after Infrastructure Minister Nicola Mallon said today further public consultation will be necessary to ensure it progresses.

Sinn Fein have criticised the delay, but the SDLP says it’s a necessary evil to ensure the scheme progresses.

It follows publication today of the Planning Appeals Commission report into the scheme.

Minister Nicola Mallon says she has accepted the Commission’s key recommendation that further consultation take place on the topics of flood risk, and the consideration of alternatives to the proposed scheme.

She has now asked officials to prepare a further addendum to the Environmental Statement for consultation in early autumn.

Minister Nallon acknowledges this is likely to lead to the re-opening of the public inquiry early next year, but says that in turn, will allow a decision on the next steps for the scheme.

West Tyrone MP Orlflaith Beglay has criticised the move, saying that far from progressing the A5, the Minister's actions mean new obstacles and delays have been put up to stall its progression.

However, MLA Daniel Mc Crossan, an SDLP colleague of MInister Nallon says the Minister is absolutely committed to the delivery of this project.

He says her legal advice makes it clear that if further consultation didn’t happen, the scheme is wide open to legal challenge, and could be lost forever.

The report of the Planning Appeals Commission can be read HERE

Mallon committed to progress A5

The Department’s response to the recommendations made by the PAC has also been published.

Minister Mallon said: “The A5 is an absolute priority for me as a strategic road. It will open up connectivity in the North West and the rest of our island, ensure safer travel for communities and deliver opportunities for our local economy. I know this project has been long awaited and I am determined as Minister to see it progress through the statutory process as quickly as possible, ensuring the project is delivered properly for citizens and our wider environment.”

Commenting on the Interim PAC report, the Minister said:  “I would like to thank the Commissioner for the efficient manner in which he held the Inquiry over the course of seven days in February and March 2020. The Inquiry dealt with a number of key themes and issues relating to the Environmental Statement Addendum which had been published by the Department in 2019.  After careful consideration of the PAC Interim Report and having taken legal advice, I have, today, published the Report.

“I have accepted the Commissioner’s key recommendation regarding the preparation of and consultation on further documents on the important topics of flood risk and the consideration of alternatives to the proposed scheme. As such, I have asked officials to prepare a further addendum to the Environmental Statement (ESA) for consultation in early autumn.  I have also today published the Department’s formal response to all the recommendations made by the PAC and this is in the form of an Interim Departmental Statement.

“While I anticipate this approach will lead to the re-opening of the public inquiry, as recommended by the PAC, early next year, it will enable it to consider further public representations made on the two key topics of flood risk and scheme alternatives and prepare its final report. This, in turn, will allow a decision on the next steps for this important transformative scheme.

“Further consultation will be undertaken under the Habitats Regulations of a number of Reports of Information to Inform an Appropriate Assessment relating to the likely impacts of the A5 scheme upon Special Protection Areas (SPAs), Special Areas of Conservation (SACs) and Ramsar sites.

“I would once again re-iterate my commitment to the A5WTC flagship project, which is of significant strategic importance to the North West region and our wider island, helping to tackle regional imbalance, improving the economy, job prospects and prosperity, connecting communities and improving road safety.”

The PAC Interim Report and Interim Departmental Statement on the A5 Western Transport Corridor (A5WTC) Dual Carriageway scheme are available on the following link:  https://www.a5wtc.com/Publication-of-the-PAC-Interim-Report-and-the-Interim-Departmental-Statement

Minister’s decision leaves A5 project further back than ever-MP

Sinn Féin MP Órfhlaith Begley says the Infrastructure Minister Nichola Mallon’s decision to hold a fresh public inquiry early next year into the upgrade of the A5 has left the project further back than ever.

“There is shock and massive disappointment throughout the community that the Minister has announced a fresh public inquiry into the A5 Upgrade.

“Given that a full year has passed since the completion of the last limited public inquiry and given that it was widely expected that the Minister would finally announce a decision to proceed with Phase 1 of the project this decision leaves us further back than ever.

“It was widely believed that the Minister was taking her time to ensure that she had all her ducks in a row so that a decision to proceed could not be challenged.  The question now therefore is what has been doing in the interim.

"Instead of a positive decision she has instead finally published the Planning Appeals Commission and far from progressing the A5 new obstacles and delays have been put up to stall its progression.

"She now says that there will now be another environmental statement for consultation in the autumn and the reopening of the public inquiry early next year.

"People are gutted at this news and are in a state of disbelief.

McCrossan: A5 delay disappointing but necessary to finally progress scheme

McCrossan: A5 delay disappointing but necessary to finally progress the scheme

Following the Minister of Infrastructure’s announcement that the A5 will need further public consultation to ensure it progresses, SDLP West Tyrone MLA Daniel McCrossan says he is hugely disappointed at further delay but says it’s a necessary evil to ensure the scheme progresses.

“Today’s announcement is hugely disappointing and it will rightly add to the growing frustration among the public that this vitally important scheme has not advanced yet.

“Having met with Minister Mallon on a number of occasions, I know the Minister is committed to the delivery of this project. The Minister has made clear she has taken legal advice on the issue. It’s clear that if further consultation didn’t happen, the scheme is wide open to legal challenge and could be lost forever.

“I want to ensure the scheme progresses rather than it falling into the hands of the detractors with vested interests. Let’s be clear, there is no alternative and the A5 scheme is needed to save countless lives on one of the most dangerous roads in Ireland. It will increase connectivity for the North West to Belfast and Dublin. It will provide much needed jobs and boost our local economy. It is the only game in town.

“The A5 has been the victim of politicisation, of having no Minister in place for three whole years and in having further inaction by the previous Sinn Fein Infrastructure Minister. It is a sad day when those who’ve been the first to point the finger are actually heavily responsible to the delay in the first place.

“The Alternative A5 Alliance have consistently challenged and delayed this key project. This group has no support across the area and are trying to drag the entirety of West Tyrone backwards. This group should set aside their campaign of legal action immediately.

“As an MLA for West Tyrone and as the strongest voice for the A5, I am calling on the public to join me in challenging the Alternative A5 Alliance and their short sighted, self-interested campaign.

“The SDLP remain fully and unreservedly committed to the A5 scheme. We will continue to fight for the full implementation of the scheme and I will not stop until the full scheme is delivered.”