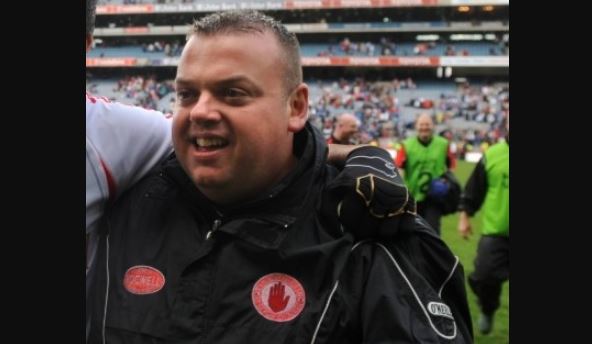 One of the key members of Mickey Harte’s backroom team for two of Tyrone’s All-Ireland successes has died after a long illness.

Fergal McCann was team trainer when Harte led Tyrone to Sam Maguire glory in 2005 and 2008.

The 47 year old replaced Paddy Tally and remained in the position until 2014 when he stepped away.

As well as those All-Ireland successes, he was also involved in three Ulster Senior title triumphs.

Tyrone County Chairperson Michael Kerr said " a giant of the GAA in Tyrone has gone to his eternal reward. For one so young to have achieved so much is testament to a great gael. Fergal was a true gentleman in life even in the white hot heat of championship battles. A very private person, the manner in which he bore his illness over the last twelve months marks the magnitude of the man. His legacy is not alone the two All-Ireland winning teams but the influence he had on all those who had the privilege to be coached and managed by him, in clubs and schools. While our loss is massive, it is insignificant compared to that of his family and close friends."