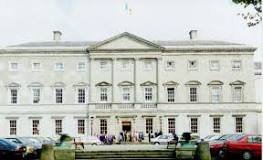 A review aimed at identifying further cases of illegal adoption in Ireland will be considered by cabinet Ministers this morning.

The sampling review was ordered following the discovery of 151 illegal birth registrations at St Patrick's Guild.

In 2018 then-Minister Katherine Zappone initiated a review after 121 cases of illegal birth registration were discovered at St Patrick's Guild adoption agency between 1946 and 1969.

That number has since risen to 151.

In many of the cases it's thought the adoptive parents had their names entered on the birth certs, or the birth mother of the child was not recorded.

A review to be considered by cabinet Ministers and published today has been looking at a sample of adoption records from other agencies looking for certain markers that may indicate if the practice of illegal adoption was happening elsewhere, and the possible scale.

It's understood some such cases have been identified.

The review is not the end of the process - and it's likely a further inquiry will be launched.

Children's Minister Roderic O'Gorman is bringing the report to cabinet.

He has a second memo before cabinet concerning the legislation that would increase paid parents leave from 2 to 5 weeks.

This will be backdated to apply to both parents of children born since November 2019.

If passed this month in the Oireachtas people will be entitled to take the leave from April.