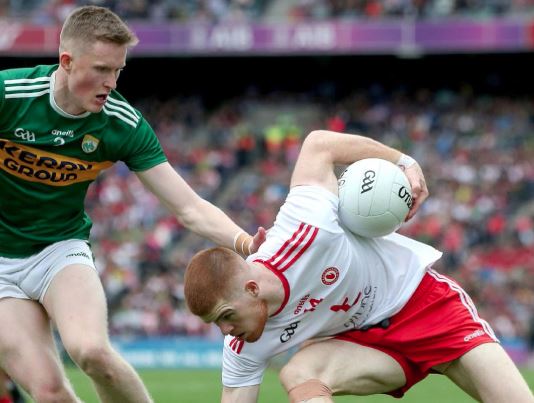 Tyrone county chairman Michael Kerr has called for a reversal of the GAA’s split season model, with the clubs to be given the initial stage of the competitive year if inter-county action is delayed beyond the end of April.

A decision that gaelic games action will not begin until Easter at the earliest, along with news of the removal of elite status from inter-county GAA under Level 5 Covid restrictions, has left the Association with serious decisions to make.

Kerr wants the GAA to delay the inter-county competitions, should gaelic games activity be delayed beyond the end of April.

He warned that club action would not be sustainable if pushed deep into the winter months.

“If it goes beyond the end of April, the clubs would need to be started,” said Kerr.

“If we’re saving lives by not training and participating, anybody with an ounce community spirit will understand exactly why.

“We’re a community organisation and we’re part of the community, and protecting our community at this stage is more important than playing games. But we will get our games back.”

The Carrickmore clubman said it is vital that the clubs do get to play this year, and will provide football and hurling for one hundred per cent of the playing population, including inter-county players.

“We would get a bigger hit of our participation, in fact every player will get to play, because every county player is a club player.

“In that situation, everybody will get out, and everybody needs to be out. To me it makes common sense.

“The club season will have to be protected, and county players will be available to their clubs.”