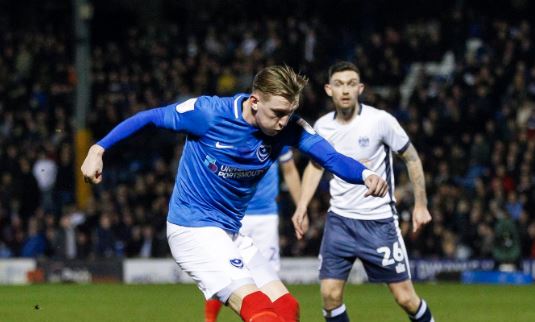 Ronan Curtis came off the bench to help earn his Portsmouth side a point against Plymouth on Saturday afternoon.

The former Derry City player replaced Michael Jacobs on the hour mark but 22 minutes later he found his side 2-0 down, thanks to goals from Luke Jephcott.

With four minutes remaining, Curtis, chased a defender down before winning the ball back and slotting home to give his side a chance of a comeback.

With his performance, Curtis was voted the Man of the Match by the fans.

Porstmouth remain fifth in League One with the point but are only six points off Lincoln at the top of the table.